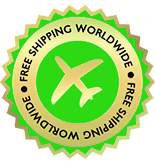 Our laser dazzlers are designed to warn the criminals away by temporarily blinding them iwth pulses of geren laser light.

When directed at the target, the laser's optics temporarily expand to generate a blinding light which penetrates smoke, fog at twice the range of white light. Modulation of such high intensity light cause disorientation, dazzle and blink reaction that reduces the target's activity.

1. Non lethal weapon: commonly used in combat operations, laser dazzlers have become the new threat deterrent alternative to lethal force.
2. Run by Rechargeable Lithium Batteries that are easy to use and replace.
3. Computer controlled system: with built-in CPU that allows the user to configure the setting of work modes of the dazzler; the setting is also both exportable and importable.
4. Electronically Focus Adjustable, easy to adjust the beam size according to the distance from the target.
5. Wide Temerature Tolerance. The risfile laser dazzler system has a wide temperature range. It is workable at low temerature, and does not drip at high temperatures.